Works for your Girlfriend or Boyfriend with Permission. Edited by sabi, Celynn, Dougie, Eng and 21 others. I want to spy on my wife phone without having physical contact to her Samsung S4 phone? Read More: Click here to read the full article VisiHow welcomes all comments. If you do not want to be anonymous, register or log in.

It is free. Share this Article:. Write An Article Random Article. Recent changes. Meet a Community Member. Join the Community. Protect Your Family Silently monitor all communications, GPS location tracking and user behavior of a smartphone or a computer from any web browser. The best selling undetectable monitoring software.

Offers everything that you need to reveal secrets! Available for:. Available for immediate download. Completely Spyphone. View All Features.

Are you ready to face the truth? Silent Sync Feature.

Change Application Settings Remotely. How to spy on a cell phone? How to install a phone spy app? Installing monitoring software is easy and takes only a few minutes. How to use a monitoring app? Customers reviews. Read More. My Grandpa has difficulties to find the home. He gets lost frequently and all family members worried about this. We decided to purchase the cheapest Android phone.

Thanks a lot. My son has a classmate has been talking about cutting themselves and sending pictures of their scarred wrists back and forth to each other… all of this just less than two weeks after another Spencerport, NY student committed suicide. I started to use Spyera to keep an eye on both of them and possibly avert another senseless and premature death. Everything works as expected. Big thanks to Spyera.

It worked for me. I discovered everything I need within a month. I got all recorded phone calls without rooting the target device. I also purchased the computer monitoring version because I did not want to miss anything. I only had difficulties to contact support. Their response time is around hours.

It should not be more than a few hours. The rest was perfect. Highly recommended. I renewed my account 3 times. I also like remote the update which is a great feature. My target user gets every single update of WhatsApp. Catch him cheat you through his mobile using FreePhoneSpy App. Become a true spy and do spying activities using the mobile spy app. Monitor employee through mobile spy app and know about their activity in the office.

Know whether the employee was working or chatting on the cell phone. Track the location of the lost cell phone and then easily find it. Then use the spying software and through GPS tracker get back the stolen mobile. It tracks the position of the device and sends the immediate records to the user. The app fetches the current and previous location of user along with the time and date stamp.

It let the user track the messages send and received by the user. Similar details such as sender's number and name, time and message content are accessible to the FreePhoneSpy user.

Spy on Cell Phone Without Installing Software on Target Phone

It fetches the call records such as when the call was made or received, the caller's number and name, time and other details. All the photos, videos, and all the multimedia files will be available to you. Past conversation can also be known to known to you easily. You can also maintain an eye on the instant messages from different platforms like Snapchat , Facebook , Skype, Viber and many others like this.

Thus you will be able to observe the activities of the target user on the social media also. The web search history is successfully scanned, and the different websites visited by the target user are availed to you anytime you want. Thus you can know what the targeted person is watching on the internet. You can keep a record of all the incoming and outgoing calls via the tracked cell phone.

There are many more things that you can do in respect of calls. You will also be allowed to record these calls, and you can listen to them anytime afterward. 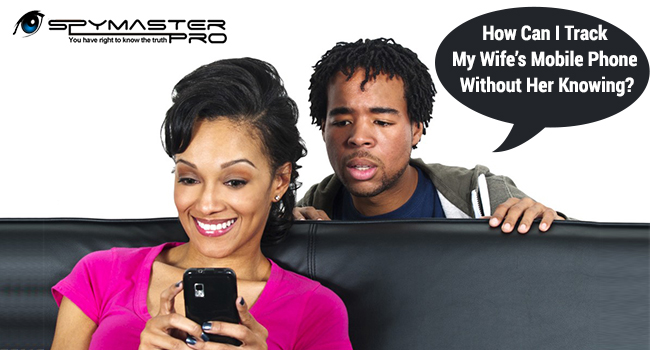 Related spy on my wifes android